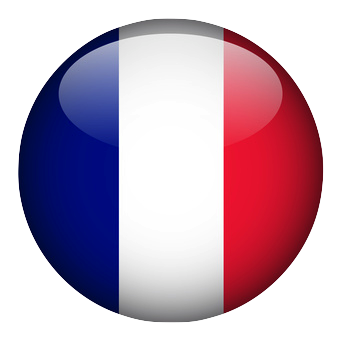 «From romans to gardians»

Where the Rhône river flows, the Mistral sweeps across, filled with sun, Arles. The former Roman capital has kept its spirit thanks to the stone that made its fame. Its amphitheater, its ancient theater, main signs of the Roman occupation of the place are today the most prominent attractions of this city at the « crossing of the roads to the South ». Yet Arles is far from being an open-air-museum city, it is obvious when strolling about in the narrow streets, along the facades steeped in history, or when just sitting down outside of a café to experience the poetry and the character of the place.
Arts and traditions are everywhere, they are celebrated in many events in the city all year long. Such as The International Photographs Convention that attracts all summer long a worldwide visitors, Ferias (celebrations) and Corridas (bullfighting).

South of the city, set away from the rest of the world between two branches of the Rhône river, a vast land spreads between sea and rice fields, Camargue is a unique place. The historical past of Aigues-Mortes, fishermen, gypsy pilgrimages at Saintes Maries-de-la-mer, the horsemen « Gardians » and their horse breeding farms and black bull ranches, not to forget the flamingoe’s flight over the wetlands…
Another Provence to discover, admire and enjoy !

Arles and Camargue tours : Your route

9:00 am – Departure for Arles by way of Maussane to the southern Alpilles.

The Paradou and Fontvielle , charming little provencal villages on the way located down the hilltop village of Les Baux de Provence.

Arrival in Arles and strolling about to discover the town. Visit of the various historical sites of Arles : The Ancient remains reminders of when Romans used to live there the theater they built, as they did for the famous amphitheater; but also Saint-Trophime Cathedral, and its cloister.

The Van Gogh Foundation which houses a great collection of works tributes to the painter.
In town, meeting with artists and local craftsmen, photographers, ceramist,
painters and other “personalities” from Arles and visit of their workshop.
Lunch in Arles in typical bistro restaurant near Forum square.

Early afternoon, we will set off for the Camargue and according to your choice the visit of the fortified city of Aigues-Mortes , or of Saintes-Maries-de-la-mer, then visit of a “Manade”, a ranch breeding horses and black bulls.

Visit of secret spots of the Natural Park of camargue from where you could admire wild horse and pink flamingos.

Around 6:00 pm – Back to your accommodation.

The arena of the amphitheater was built late first century by the Romans in order to entertain people. In the middle age the amphitheater got fortified against Barbarians’ invasions and became a city within the city. This monument through times had different roles, was restored early 19th century and nowadays houses the bullfighting of Arles.

Founded in 1988 set in a 18th century mansion, this foundation houses a collection of works sculptures, paintings and photographs from many international artists paying tribute to the great painter.

Built by Louis IX king of France (11th century) known as Saint Louis, in order to encourage trade with Italy and the East, is a fortified city sets at the Rhône estuary. He embarked two times from Aigues-Mortes upon the Crusades. Famous for being unassailable, later on Prostestants were imprisoned in this city.

Bon appetit ! Our favorite restaurants in Arles and Camargue

The chef of this gastronomic restaurant has his roots in the region known for his creative cuisine. A fantastic address where the organic products from the kitchen garden used are delicately transformed. The bistro restaurant « A côté » offers a unique menu in the same style at a sweet price.

This organic restaurant sets in the middle of Camargue in a rural setting, has a kitchen garden which really deserves a visit ! The chef used to work with Alain Ducasse who is one of the best chef in the world.

For the happy few with a hint for it is difficult to find ! There great grilled meat and wood grilled beef ribs are served.